Edward Davies a Glynneath man who died during WW2

The second instalment of my blog is about a relative who was killed during the 2nd World War, I think it`s important that we keep their memories alive as they gave the ultimate sacrifice to make our world a safer place to live in.

The person in question is Edward E Davies who was the son of Daniel and Lily Beatrice Davies of Glynneath and was also a step brother of my grandmother. You can see his name on the memorial in Glynneath Welfare grounds, I have included a picture for you to see. (3rd Row 9 names down) 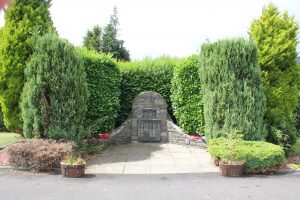 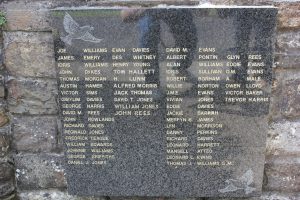 Eddie signed up when he was living in Bath and served in the 4th Battalion of the King`s Own Scottish Borderers. ( I don`t know why he chose this regiment) He was a Private and his service number was 11272371. We cannot find much information on his service record, but do know that he died due to an accident when defending the town of Walcheren in Holland. 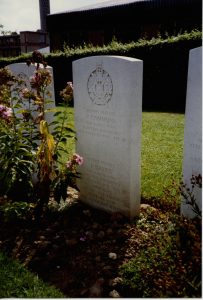 I know that my Grandmother and step-sister Vira probably along with my Grandfather visited the grave in 1952 and you can see some photos of this visit below. It looks like there was some sort of civic reception for them in the town. My Grandmother also kept in touch with a lady from the town and wrote many letters over the years, I have copied one of these letters below. 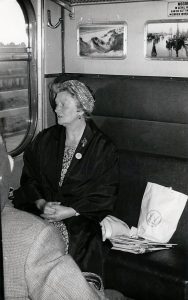 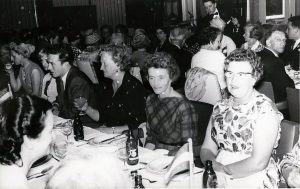 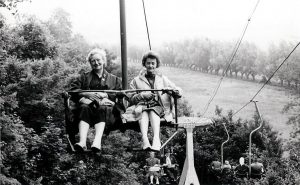 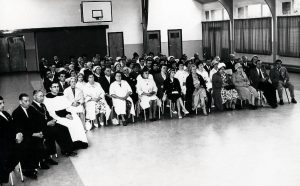 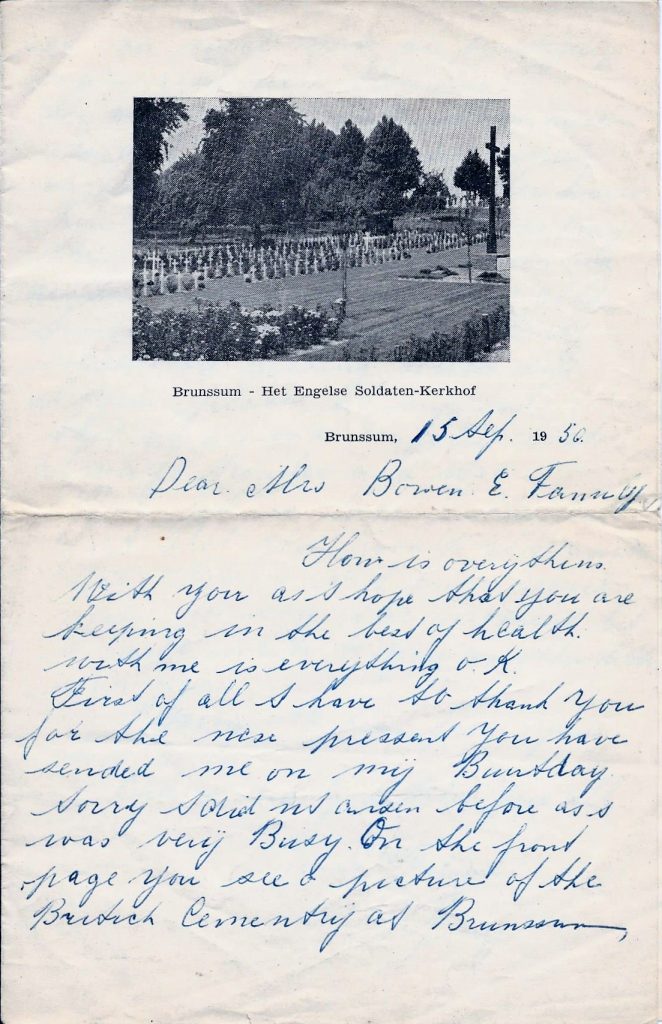 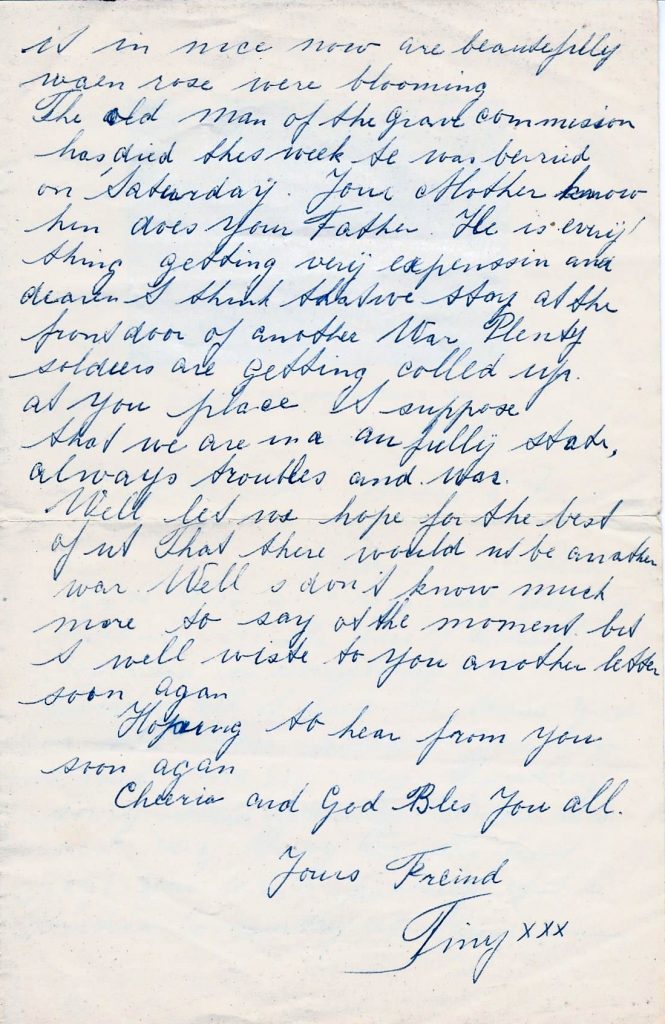 I contacted the war Cemetery by email to see if they could confirm the locations in the pictures and the name of the person who my grandparent were in contact with. I received a reply from a  Mr Rudd Scholten (Chairman of the War Cemetery Foundation) who sent a number of photo`s of Tiny Bex and her daughter Rosie who looked after the grave for a number of years after the war and who was in contact with my grandparents. (see photo`s  below.) 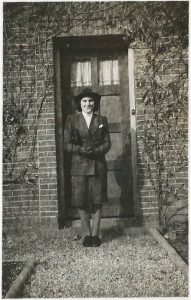 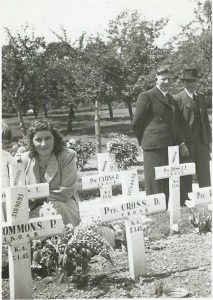 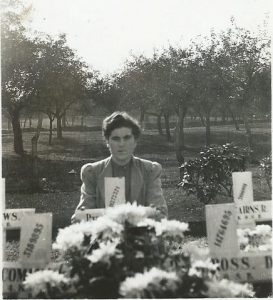 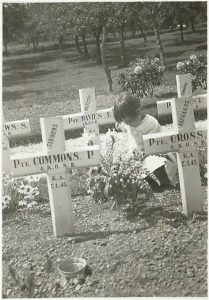 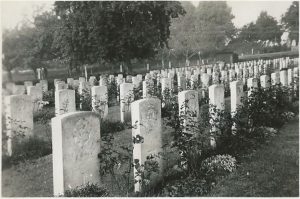 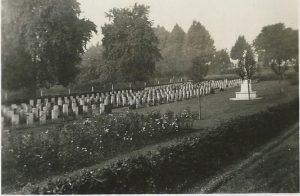 I must thank the people of Brunssum for their dedication in keeping the cemetery in such good condition, they are unique as the only War Cemetery to adopt every grave. This means that someone from the town is dedicated to looking after an individual grave. I take my hat off to them for their dedication and continued support of the Cemetery.